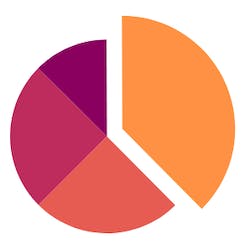 Check out the resources I offer below and sign up for my newsletter!

​View this issue on the web​

Welcome to the Alts Sunday Edition!

Hope you enjoyed last week's issue on Investing in Litigation Finance. Welcome to the 1,325 new subscribers who've joined since then.

And now, for something completely different.

Unless you've been living under a rock, you've probably heard the sound of 💩 hitting the fan this week. Terra's USD peg was obliterated, equity markets are in the toilet, and crypto is just as bad. Bitcoin and Ethereum were supposed to be a hedge against equities but are now basically the exact same graph.

Now, more than ever, investors are looking for asset classes that are truly uncorrelated with everything else. So this week's issue is all about toys. Yes, we're talking Star Wars, Barbie dolls, Transformers, and G.I. Joes.

If you think this asset class is just fun & games, think again. Sealed, highly-graded toys make legendary collectibles. In fact, two of the first three assets we purchased for the ALTS 1 collection are action figures.

There's a reason we're so bullish on this stuff.

Take advantage of our time spent in this space, and let us chase alpha returns for you.

Invest in ALTS 1 and you'll get access to a fully diversified portfolio of truly alternative assets, from rare comics, to toys, to vintage vinyl.

Don't have the funds right now?

If you're based in the US and have an IRA, you can use your IRA cash to invest in ALTS 1. Make your money work harder for you.

Why are toys so special to us?

Toys take a special place in a child's heart.

If children's attachments to their parents are the most important part of their development, then toys are a close second. Look at children clutching their toys when leaving home. Parents provide safety and comfort, but children create their first friendships with their toys.

In turn, parents love watching their kids play. And this is a universal (and timeless) truth - ancient excavation sites worldwide have all come up with children's toys. Common finds include dolls with adjustable arms and legs, balls and hoops, and spinning tops.

Toys as an asset class

Collectibles of all kinds have proven to be viable, portfolio- and retirement-building assets. Tin toys that cost a nickel 100 years ago can regularly sell for a couple of thousand dollars.

For evidence, look at the results for Mickey Mouse:

Last year, Victoria Dobrynskaya, an associate professor of finance at the Higher School of Economics, published a paper showing that since 1987, LEGOs had an 11% annual rate of return — higher than the stock market.

Look at the Heritage Auctions archives to see the kind of prices toys are attracting:

Why do toys make good investments?

Collectible toys share the same characteristics as some of the most investable assets, like art and fine wine. They're scarce; price is dependent on condition; they're sought-after, and unlike some other investments, they invoke powerful memories of our childhood.

This one is obvious. Toys will naturally become scarce with time. The boxes are meant to be ripped apart. They're meant to be played with, used and abused, until the toy is beyond repair.

Over the years, beat-up toys get moved around, thrown away, lost, decapitated, or buried in the mud somewhere.

In the Netflix series, The Toys That Made Us (great series, by the way!) viewers are transported to see how the most iconic toys of the past 75 years were conceived and made. And the title of the series says it all - these toys helped define and create a generation of kids in many ways.

Toys from the 1980s have a particular appeal to Gen X and Millennials. For many children of the 1970s and 1980s, that period captures a certain kind of magic. Each generation experiences the same sort of nostalgia with different toys - our grandparents remember wooden puppies fondly, we remember lightsabers, etc.

I wonder what our kids will remember fondly? Tablets? Video games? Paw Patrol?

Who kept their toys in their original boxes? Certainly not me.

But if left encased on its card back (the cardboard) or inside of a "blister" (the plastic covering), toys can be worth multiples of their loose (unboxed) variants.

How are graded toys valued?

Like sports cards and video games, toy collectibles are graded based on a scale provided by the Collectible Grading Authority (CGA). The grading company has been around for nearly 20 years. It plays an important role in setting prices for toys and card-backs in their allotted conditions.

Grading companies add value by authenticating items. They verify that a toy has always been sealed, and carefully notes the conditions of the box that led to a certain grade. A graded toy can add hundreds of dollars to its value compared to an equally conditioned but ungraded version.

With the advent of a grading system for toys, collectors have a method to help them figure out the value of their collections in the face of Action Figure Authority, a division within CGA.

Here's the crazy part - the condition of the actual toy is only a small part of the entire process. More likely than not, a toy will have much more value if it has never been taken out of the box. The blisters are judged against damage like ink marks and staples.

So really, it’s just as much toy grading as it’s grading the condition of a box. We’ll spare you the details of the price sticker, but all of these nuances lead to the conclusion that finding old card-back toys in really good condition is pretty rare.

Before Star Wars’ release in 1977, the most popular toys were based on the most popular television shows or those with the best advertisements. Toys from movies didn’t have the same staying power; movies would hit the cinemas and be gone in one to two months, whereas TV shows lasted years, and so did reminders to buy their toys.

George Lucas was a visionary not just in his filmmaking career but in the characters he brought to life. He knew that they would become iconic and would make great toys. Imagine if Lucas had come of age in today’s NFT world; Star Wars may have started as the greatest NFT collection.

Lucas had such conviction that he waited until just six months before the film’s release to license his toys when it's typically done two years before. He was afraid, with good reason, that competitors would steal his ideas.

Then, he was rejected by every single toymaker, except for Cincinnati-based Kenner. At that point, General Mills owned Kenner and had several successful toys under its belt, but Star Wars would prove to be special. The partnership, as it turned out, was a perfect match. Kenner is considered a pioneer in using television advertisements to market its products.

Who's getting in on this asset class?

A little less than two months ago, we launched our ALTS 1 Fund, intending to invest in alternative assets and return 40% on investments. If you’ve followed us, you know that alternative assets run the gamut from litigation finance to farmland - and everything in between.

The first two assets we added to the fund were:

“The Star Wars franchise is exceptionally recognizable, the items we acquired are graded AFA 85 (which is very high), and assets of this quality are very rare. While still commanding five figures, Blue Chip items like these are inexpensive enough that there’s plenty of room to run compared to comic books and video games. They're also getting more attention from mainstream auction houses like Goldin, which recently sold a sealed Boba Fett action figure for $30k.”

Nobody knew anything about Boba Fett because he never appeared in the first Star Wars movie. The only way to get Boba was by mailing out the SKUs of four Star Wars toys (there go the card backs) and waiting for the day that the mail carrier arrived with the prized toy in hand. To top it all off, he was originally advertised as having a spring-loaded rocket launcher from his back.

Kenner was developing a rocket-launching Boba when a child tragically choked on a missile from another toy, forcing plans to be abruptly scrapped. Kenner was not willing to risk a lawsuit for a rocket launcher. But between 80 and 100 prototypes were already made. Now, less than 30 remain, many of them in rough shape.

While the public had to settle for a non-firing, sonically welded missile to Boba’s back, these 30 figures can attract high prices, especially if they’re in good condition.

In the latest AFA population report, the highest-graded Darth Vader is 85, with a total population of five. And Alts.co is the proud holder of one of them.

The highest graded Obi-Wan Kenobi toys reached an AFA 90, with a total population of 9. The Alts Obi-Wan is graded an AFA 85, purchased for $6k, or only $900 more than what an AFA 75 version (two grades lower and less scarce) sold for at Goldin in late February.

Almost none of us knew (except for that one kid out there, you know who you are) how our nostalgia would factor into how we value these childhood memories. If only we knew we were depreciating assets every time we opened that Barbie or smashed that car.

At Alts.co, we use our proprietary Toy Index to track historical sales. the the trend is showing an emerging market with low enough prices to be considered accessible.

Action figures from Star Wars, Transformers, and Star Trek have been so successful because of:

It's what today's NFT projects aspire to be and to do - build engaging narratives and mythology into a set of characters that enchant fans.

So, where do we go from here? Who are the characters who already live in the younger generation's hearts, waiting a couple of decades to return to make them feel like kids again? That's a tough one to predict.

But would it be so far-fetched to see some Harry Potter action figures or Frozen dolls that you can buy for a few bucks today selling for ten times the amount in 20 or 30 years?

Our index, historical auctions, and even the academic paper we referenced all tell us that it's not far-fetched at all. It's very likely.

Thanks to Horacio, who always goes to great lengths to provide the best research.

Do you collect toys? Did we get anything wrong with this issue? Reply to this email with your thoughts. We love hearing from readers.

Until next time,
Stefan

In terms of actual dollars spent, the #1 Mother's Day gift is jewelry 💍 (This was a tough one! Lot of incorrect guesses.)

Both winners get a free month of Insider.

G.I. Joe served in the US Army, but he wasn't a soldier. In fact, G.I. Joe was an animal who did recon missions, and even saved the lives of villagers in Italy.

What animal was G.I. Joe named after?

It's always so great to meet and connect with folks from the other side of the globe. I'd like to give a big shoutout to Andrew Murray, Gonçalo Nunes (talk to him if you want buy a house in Portugal), Nuno Miranda (vintage clothing designer), Manuel Silva (sorry we forgot the selfie), and Michele Discardi (excellent photographer).

When someone signs up through your link, your count goes up.